Alexander Seymer teaches statistics and research methods at the University of Salzburg and the Paracelsus Medical University Salzburg. His research interests include the association of personal values and public opinion primarily but not exclusively in the context of welfare states, statistics with a focus on latent variable modelling and everything related to R. Besides his attention to quantitative comparative social science research, his genuine and general interest in statistics led to collaborations with scholars from other disciplines during the last years.

He received his Diploma in Sociology from the University of Leipzig and continued his studies in the International Master programme in Social Policy Analysis by Catholic University Leuven, Luxembourg and Associate Institutes. After studying seven years at universities and research institutes, he decided to apply his knowledge in the context of politics working three years in Brussels. Two of the three years, he dedicated his efforts as assistant to a Member of the European Parliament. Eager to integrate his work and academic experiences, he started his PhD at the Salzburg Centre for European Union Studies at the University of Salzburg. He is currently working at the Department of Political Science and Sociology.

Potentiale und Grenzen der automatischen Klassifikation von Big Data – Eine Fallstudie«. This case study highlights the potentials and limits of big-data analyses of media sources compared to conventional, quantitative content analysis. In an FFG-funded multidisciplinary project in Austria (based on the KIRAS security research program), the software tool WebLyzard was used for an automated analysis of online news and social media sources (comments on articles, Facebook postings, and Twitter statements) in order to analyze the media representation of pressing societal issues and citizens’ perceptions of security. Frequency and sentiment analyses were carried out by two independent observers in parallel to the automated WebLyzard results. Specific articles on selected key topics like technology or Muslims in two major online newspapers in Austria (Der Standard and Kronen Zeitung) were counted, as were user comments, and both were evaluated according to different sentiment categories. The results indicate various weaknesses of the software leading to misinterpretations, and the automated analyses yield substantially different results compared to the sentiment analysis carried out by the two raters, especially for cynical or irrelevant statements. From a social-sciences methodological perspective, the results clearly show that methodology in our discipline should promote theory-based research, should counteract the attraction of superficial analyses of complex social issues, and should emphasize not only the potentials but also the dangers and risks associated with big data.

Comparing perspectives of family caregivers and healthcare professionals regarding caregiver burden in dementia care: results of a mixed methods study in a rural setting

Persons with dementia (PwD) need support to remain in their own homes as long as possible. Family caregivers, homecare nurses and general practitioners (GPs) play an important role in providing this support, particularly in rural settings. Assessing caregiver burden is important to prevent adverse health effects among this population. This study analysed perceived burden and needs of family caregivers of PwD in rural areas from the perspectives of healthcare professionals and family caregivers.This was a sequential explanatory mixed methods study that used both questionnaires and semi-structured interviews. Questionnaires measuring caregiver burden, quality of life and nursing needs were distributed to the caregivers; health professionals received questionnaires with adjusted items for each group. Additionally, in-depth qualitative interviews were carried out with eight family caregivers.The cross-sectional survey population included GPs (n=50), homecare nurses (n=140) and family caregivers (n=113). Healthcare professionals similarly assessed the psychosocial burden and stress caused by behavioural disturbances as most relevant. Psychological stress, social burden and disruptive behaviour (in that order) were regarded as the most important factors from the caregivers’ perspective. It was found that 31% of caregivers reported permanent or frequent caregiver overload. Eight themes related to caregiver burden emerged from the subsequent interviews with caregivers.Professional support at home on an hourly basis was found to be highly relevant to prevent social isolation and compensate for lack of leisure among caregivers of PwD. Improvement of interprofessional dementia-related education is needed to ensure high-quality primary care.

Since October 2015, we have been involved as scientific partners in two FFG-funded projects (KIRAS security research program). The first project has developed a tool called Foresight-Strategy Cockpit. This software should enable the Austrian ministries to improve crisis management strategies by becoming aware of unexpected trends and future scenarios in security issues. The second project has integrated WebLyzard, a software tool for an automated analysis of online news and social media sources (comments on articles, Facebook postings and Twitter statements), to analyze the media representation of pressing societal issues and citizen’s security perceptions.The WebLyzard software was used in a case study where two independent observers performed a frequency and sentiment analysis in parallel to the automated Weblyzard results. Specific articles and user comments on selected key-topics in two major online newspapers in Austria (“Der Standard” and “Die Krone”) were counted and evaluated according to different sentiment categories. The results indicate various weaknesses of the software leading to misinterpretations, and the automated analysis yielded substantially different results compared to the sentiment analysis by the two raters, especially for cynical or irrelevant statements.Our case study highlights the potentials and limits of big-data analyses of media sources compared to those of conventional, quantitative content analysis. The results clearly show that empirical research should always be accompanied by theory-based interpretation and should highlight not only the potentials but also, specifically, the risks and weaknesses of the big data hype to counteract the allure of automated text-based analyses.

A collaboration with radiologist Thomas Meissnitzer 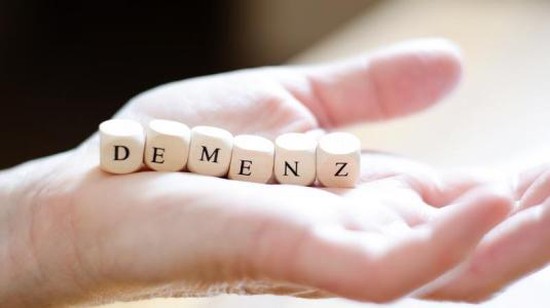 Study on the living conditions of caring relatives of dementia patients

My PhD thesis on values and political attitudes

Teaching at University of Salzburg:

Teaching at the Paracelsus Medical University of Salzburg:

This website is powered by Hugo a static website generator using an adapted version of the acadamic theme. All external services have been disabled and the retrieval of user data is limited to a minimum. The usage of cookies and the GDPR compliance is available at our privacy policy.